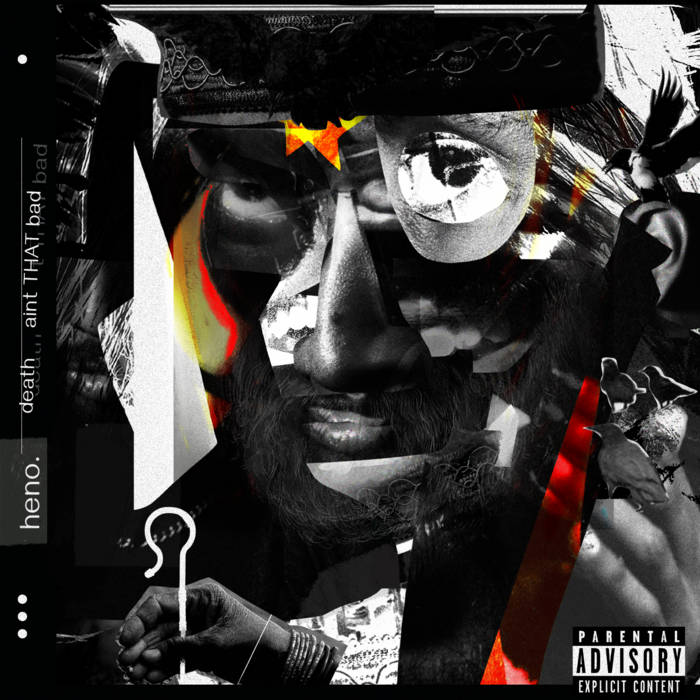 deädsp_t really glad I stumbled across this record. Heno is such a thoughtful write who can not only sit comfortably in a pocket, but can really deliver some catchy melodies. as someone who's also obsessed with death looming this is the exact tone I needed this in

i luv mondays on BFF.fm

"Death Ain't That Bad is a universal conversation Heno. is having to discuss finding comfort within the uncomfortable and how fearing death is irrational because it is the only thing that is promised to us in this life; inspired by Epicurus’s theory. It’s a nuanced expression that bucks the way death is often presented in hip-hop. Heno. believes that coping with the inevitability of death is just a matter of accepting the reality and focusing on what one can control in life. The 14-track record serves as an introspective and existential rumination of death and the way we perceive the outcomes of life. In a world where we have very little control, we do have our ability to control how we both view things.

HENO. is the unapologetic nomad whose journey has led to the rupture of musical boundaries with an electrifying sound. The first generation Ethiopian American’s love and passion for music began in Takoma Park, Maryland, where he was born and raised. Growing up, music wasn’t something that was encouraged by his family. Going against the grain, HENO. embraces being comfortable in the uncomfortable ... more

Bandcamp Daily  your guide to the world of Bandcamp